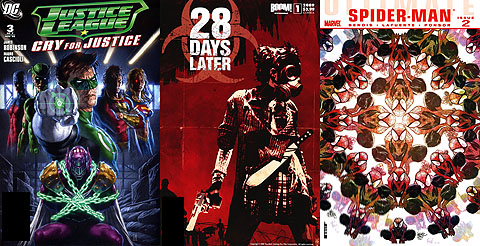 EJ, Alex, and John bring you spankin’ spiffy reviews of Cry for Justice #3, 28 Days Later #1, and Ultimate Comics: Spider-man #2.  After a round of the quick shots, the boys discuss Guy Ritchie’s signing on to direct a Lobo film, and then they speculate on WHO! COULD! PLAY! THE! MAIN MAN!