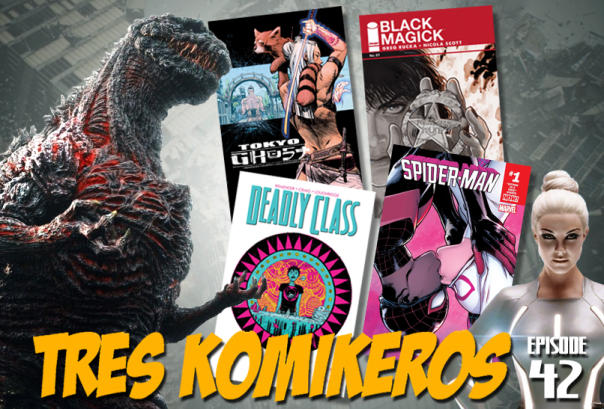 Panel Discussion: Do you prefer REBOOTS or preserving CONTINUITY?

Tres Komikeros is a proud member of the Comics Podcast Network!

Panel Discussion: What is an Unpopular Nerdy Opinion that you have?

Tres Komikeros is a proud member of the Comics Podcast Network!

DISCUSSION: Which actors would you like to see get superhero roles? 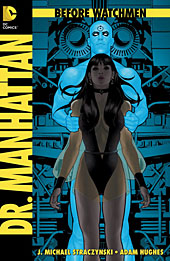 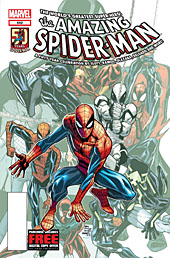 John, Alex, and Migs bring you some comic talk at the end of a hectic work week.

The boys unwind with Before Watchmen: Dr. Manhattan #1, The  Rocketeer: Cargo of Doom #1, and The Amazing Spider-Man #692!

After a round of quick shots in which John tells us how he feels about Mark Millar, the boys talk about Rob Liefeld leaving DC Comics! 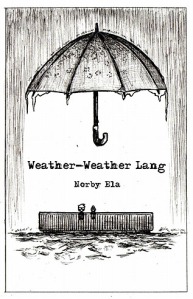 John, Alex, and Nick meet up in a dark alley and build a cardboard fort all in the spirit of talking about some great comic books!  Reviewed this week are Red Hood and the Outlaws #8, Norby Ela’s Weather Weather Lang, and The Punisher #10!

John, Migs, and Alex return to bring the seventh installment of their Top 100 Comics.  What book made Alex cry?  Who should fix Spawn?  And who or what is CUPCAKE NINJA?!?

Here’s a question — What has two thumbs, an insatiable appetite for human body parts, and a sleek black spandex suit with tendrils? Awww, that’s right bitches Venom is back! After an almost six-year hiatus from solo books, Marvel has finally decided to bring back the only thing on Earth with a tongue longer than Gene Simmons. Venom # 1 however is not a  simple regurgitation of the Venom character that we’ve been seeing since it’s original appearance in The Amazing Spider-Man # 252 (January, 1984). Writer Rick Remender (Fear Agent) and artist Tony Moore (The Walking Dead) deliver the story of the newly-revamped Venom character in a way that comic book fans have never seen the character before.

If you missed The Amazing Spider-Man # 654.1 (most likely because it was part of Marvel’s completely inane Point-One campaign) then nuts to you because you missed a beautifully put together origin story of the –SPOILER ALERT– Eugene “Flash” Thompson Venom incarnation. Wait, what? Flash Thompson? Venom? Isn’t Flash that dude in the wheelchair that used to pick on Peter Parker in high school? Eat it sucker, that’s what you get for judging Marvel for their dumb ass marketing campaigns… the nerve. Anywho, it doesn’t make any difference I suppose because if you are lazy, like moi, you could have just as easily read the intro page to Venom # 1 to get the lowdown, but… what fun is that?

The new Venom series follows Flash, our beloved war-hero and poster boy for dudes in wheelchairs who still have amazing upper bodies as he engages on military-funded missions via the Venom symbiote. Referred to by some as the “Black-Ops Venom” this new incarnation lives up to it’s moniker in the first issue. Dropped into the fictitious eastern European country of  Nrovekistan (yeah I Google-mapped it. Big whoop, wanna fight about it?) the new Venom is tasked with capturing a scientist who has found a way to weaponize Antarctic Vibranium. Of course the scientist, in true evil genius fashion, is raging all over those poor Nrovekistanians with a vibranium tank and raising the kind of hell that only eastern European countries seem to catch in comic books. Just to make things interesting, Remender adds some dude named Jack-O-Lantern into the mix who is working at the behest of a mystery villain/arms dealer/staunch anarchist. But I digress, for surely that is a plot point that will play out in the first arcs of the new series.

The new Venom is interesting in a lot of different ways. First off, there is the military factor, which actually is not all that engaging except for the fact that they control how much time Flash is allowed to spend bonded with the symbiote. This is the coolest thing about the new Venom as it completely changes the dynamic that the previous Venoms all shared. In older incarnations, the symbiote has always (except in the case of Peter Parker) been willingly accepted by its host. With Flash however, the symbiote is more of a means-to-an-end, although surely the symbiote will play a part in this drama later in the book as foreshadowed by Remender. In lieu of this new dynamic, the first issue also introduces fans to Flash’s oft-forgotten bouts with alcoholism and bastardism, which is a made-up word that sounds more interesting than just calling him a “selfish jerk.”

Venom # 1 is definitely worth checking out for any fan of that dude, oh, what’s-his-name, Spider-Something, and of the older Venom books. The series feels fresh and is not, thank God in heaven, weighed down by the continuity of the previous Venom canons.  Marvel successfully revitalizes both the Venom and the Flash Thompson characters in this new series and more importantly have given it/him guns, which will forever make any character except for Batman ten-times cooler. The new Venom series is off to an exciting start and Venom # 1 a good first step in raising the character out of the B-list purgatory that it has been festering in since Eddie Brock stopped being interesting, which was back in the mid-90’s, just in case y’all didn’t know.

John and Migs are joined by Jad as they discuss expectations and qualms about 2011’s upcoming comic book movies.  Thor, Green Lantern, Captain America, and X-Men First Class are all packed into this hour of talk.  Join us again in a few days for  a continuation of TK’s Top 100 Comics.

John, EJ, and Migs volt in this week (but not the way you would think… sicko) and review Flash: Rebirth #6, New Avengers #62, and Blackest Night #7.  After a round of Quick Shots and War of Thumbs, the bastards discuss the possibility of burn out caused by an over-saturation of comic book films in the cinemas. 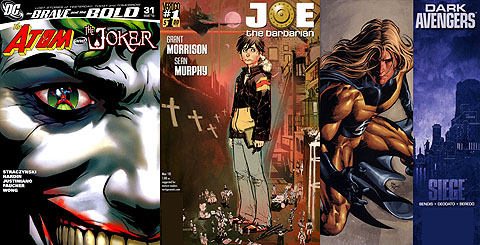 EJ, John, and Migs assemble for the first episode of the year to talk about Brave and the Bold #31, Joe the Barbarian #1, and Dark Avengers #13.  With a bonus review of Final Crisis (not even kidding).  After a round of Quick Shots and War of Thumbs, we discuss the positive contrast of modern fandom against 90s fandom in READABILITY vs COLLECTABILITY.